We are doing this because we think it would be cool seeing a Box turtle and a Bearded dragon  getting along and living with each other. I am working with Micheal S and Jayden F and we think we would be able to make this reptile house. But some facts are that Bearded dragons are only naturally found in Australia’s desert regions. Generally they are found in the southeastern Northern Territory and the eastern half of South Australia. Their habitats included woodlands, savannahs, and deserts. It is not uncommon to find them basking in branches, on stumps, or rocks during the morning there. Bearded dragons were not introduced to the United States until the 1990’s. Since then they have dramatically increased in popularity and can be found in just about every major pet store. Box turtles get their name from their shell which has a hinge, enabling it to close completely, protecting the turtle from predators. These little guys grow to only 22 cm long.  It’s hard to tell the males from the females, but one way is to look at their eyes. Most males have red or dark orange eyes, while the females have yellowish-brown eyes. In hot weather, they use saliva to keep their head and front legs cool and wee on their back legs to keep them cool. They are the official reptile of three U.S. states, North Carolina, Tennessee and Missouri. There are six sub-species of common box turtles, living throughout the U.S. and Mexico.  They were once widespread and considered common, but are now vulnerable to extinction due to habitat loss, getting run over by cars and being illegally collected for the pet trade. What I had learned about my topic with Micheal and  Jayden is that turtles and lizards could get along but they will have to get use to each other. Turtles are nice and loving creatures and the are good being along, but we are going to see if they will because it will be cool seeing a turtle and a lizard getting along. Some Lizards can be rambunctious and mean but if they have a companion with them for a while they might be able to get along. And we learned that box turtles are fragile, and they like to be out of water but the go in the water to cool down and get hydrated. Turtles wont eat until they have to because they like to stay fit. Some obstacles we might have is being able to have the turtle and lizard together. If they don’t get along we might split them up until we find  a different way to have them be friendly. I think our project is going to turn out to be good.

The college I went to was called Buena Vitsta University. It was located in Storm Lake, which took about a while to drive to. On the charter buses we all got the wifi and got to be on our phones. The ride back felt longer then the ride there. I had to pee really bad on our way back, but that’s besides the point. When we arrived it was quite windy and a little cold, but it warmed up when we got to be in the building for a bit. Our tour guider’s name was Sarah. I don’t think that’s exactly how I spell her name but its close, she showed us around for about 30 minutes and took us to a whole bunch of buildings. There was this one building that had a lot of animals, big animals. It was cool  and somewhat scary but that’s not all. The food there was sooo nasty, I also heard that the pizza tasted like cardboard with cheese and pepperoni’s. So I didn’t bother getting one but I did get some fries. I ate a couple and threw the rest away because it was nasty too, but I ate vanilla ice cream two small cones. then after we ate we played a game the came back home. And that was my College trip.

For Genius Hour Micheal S, and Jayden F, and I are all Building a reptile house. Our big question is, how can we build a reptile house. We are doing research on reptiles and what they like to do, and we are going to make it fun for our animals. Our Interest is that it will be fun for our reptiles, Motivation- good grade, and our connection is us setting up reptile homes. What we see our end project being and our vision being is a good place for small reptiles to live. Two things we want to do in regards to our genius is to be able to sell them, or sell our ideas. why we think our project  could be beneficial to us and others is that there will be places for animals to live. Five things we want to learn about our genius hour is what we think about it, If there is enough room for our animals to move around and have fun, and if they are comfortable, and if they think it is fun, also if they can live there. The reason why we are making a reptile home is because we both have reptiles. I have a turtle named Whalter, and My partner Micheal has a lizard. We will probably put them together and see if they get along. But the main reason we are doing this is because it is small and is a easy project and it will be fun because we get to experience what reptiles like to do and we all how we achieve success in out project. 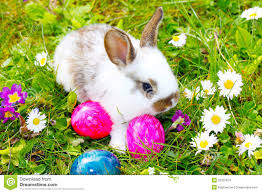 There is a lot of nature in the world. most of it we need to live and survive because we wouldn’t be able to live without it. It is important that we have trees and plants because the trees gives us oxygen, and we can also use it to have a fire and to make houses and stuff to help us survive. We use the plants to help cure stuff and for food and to use it for important stuff, like for poisonous stuff to kill animals and get supplies to use. Another reason why nature is so important is the rivers and streams, because they produce water to drink.

Nature is really important because of its animals because the play a big role in the world. They are so important because certain animals gives us meat we need to eat like beef, pork, or ham and lots of other good healthy foods. Another reason why animals are important is because they affect everyone’s life, whether you are an animal-lover, animal-hater or animal-hater and their presence is important. Animals have helped throughout history by working for humans.

There is a lot of natural disasters that happens which happen like tornadoes, hurricanes, or tsunami’s. Tornadoes are a rapidly spinning tube of air that touches both the ground and cloud above. Tornadoes are sometimes called twisters and all are not visible but their high wind speeds and rapid rotation often form a visible funnel of condensed water.

Hurricanes are a large, spiraling tropical storms that pack wind speeds of over 160 mph and unleash more than 2.4 trillion gallons of rain a day. The difference between a tropical storm and a hurricane is wind speed because the hurricane can pick up speeds to about 160 mph

Tsunamis is a series of  ocean waves caused by an underwater earthquake, landslide, or volcanic eruption. More rarely, a tsunami can be generated by a giant meteor impact with the ocean. These waves can reach heights over 100 ft.

Cobi is 7 and lives in Australia. his blog is about footy and PS4.

Gaia is 6 and lives in America. her blog is about STEM and traveling.

Sydney is 14 and lives in America. her blog is about reading quotes, and being on her phone.

Makayla is 14 and lives in America. her blog is about baking and sports

Lauren 14 and lives in America. and her blog is about tennis, and readings

Craig is 14 and lives in America. his blog is about youtube and video games

Gianna is 15 and lives in America. and her blog is about eating, and shopping

Kayla is 15 and lives in  America. and her blog is about horse back riding, and babysitting

Ivy is 15 and lives in America. and her blog is about art, and animals

katelyn is 15 and lives in America. and her blog is about volleyball, and track

One vacation I had was when I went to Minneapolis for My baby cousins birthday. It took is a long while to drive there but we made it. When we got there My brother and I went to the  basement and started playing video games with my Big cousin. We had to wait for the food to get done so we were playing for a while. When it was time to eat we just dropped the controllers and ran upstairs and ate as much as we could then we sung the happy birthday song to her and then we had cake and ice cream. After that we ran back downstairs and and watched a move and then we went to sleep.

The most important thing to do everywhere is to stand up to bullying. This is very important because it is going out of control because people will do suicidal stuff and get hurt on the inside. If you are being bullied tell somebody like your parents, or a teacher ,or somebody that will try to help you. Usually people bully other people because they have been bullied. You can stand up for yourself and raise you voice to stop bullying. Bullying is also very bad because there could be consequences like you could go to jail. It is also very bad because you wont have as much friends and nobody is gonna like you. Cyber bullying is another way to bully which is a way to bully online through emails or text messages. It includes posting rumors on facebook or sharing embarrassing pictures and videos about someone. What you should do if you see bullying is you should help them out and tell that person to stop. if there is a crowd of people seeing someone getting bullied you should just walk away and try to get people to follow you. Or you can tell somebody. There is a story about 14 year old girl who hanged herself because of some hate messages were sent. They said to cut yourself, drink bleach and to go kill herself. Although some of the bullies were identified  and some even revealed themselves to say sorry the had already took her life because of cyber bullying. This is why we should help stop bullying because people take their own life because of it. It is sad to see people taking there own life because you hurt their  feelings and make them feel bad. We can stop bullying because it needs to be take care with. We can stand up to stop bullying.

Welcome to your brand new blog!

This is a sidebar and can be changed in Widgets in your dashboard.

You can also modify number of sidebars in theme options!